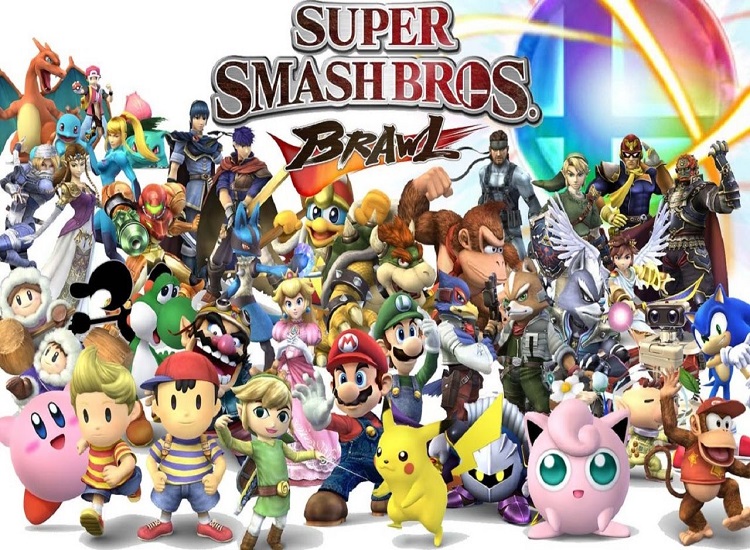 Before I start, I would like to apologize for taking a month to write one post. (Sorry!)

Anyway, Super Smash Bros. Brawl has been out for about 2 years so many of you must be wondering, “why is this guy posting on something that’s so old!” Well, I am for 3 reasons:

I have to start somewhere.

This game is worth going back to mention.

I’m serious. If you haven’t played it before, you should play it now, Brawl is a complete game. With it’s addictive multiplayer, Lengthy story mode, tons of collectibles and rewards, and fun minigames, Brawl has pleased many. There is so much more than just that, so sit back and read.

You start off with 21 different Nintendo related characters and can unlock 14 more hidden characters, two of which are the non-Nintendo characters Solid Snake from Metal Gear Solid, and Sonic the Hedgehog from the Sonic series. Other characters include the classics Mario, Link, and Kirby. Each character has his or her own special set of moves to fit different styles of play.

The newest feature to Brawl since its predecessors is the Smash Ball, which when broken, gives your character the powerful move known as the Final Smash. This move varies among characters, some receive unique power boosts, others can unleash devastating and strange effects to opponents, and some just try to wipe out anything in their path (all perish before the Beast Ganon!!).

Brawl’s simple gameplay gives it a user-friendly feel that anyone can do well. There are essentially two attack buttons, one normal and one special. Tilting the control stick in a certain direction or not at all will change the move to do a different effect, this includes the powerful smash attacks. Smash attacks can be easily used on the GameCube and classic controllers by tilting their c sticks in the wanted direction.

Brawl’s combat includes up to 4 players battling on a total of 41 different pre-designed stages. This isn’t including the virtually unlimited amount of stages you can create in the Custom Stage Builder. The main objective is to knock your opponent off or out of the stage. When they fall off, they are KOed and lose a point while you gain one. Damaging them first is important, the higher there damage, the further they fly when they’re hit hard.

Brawl has a LOT of items. These items have very unique effects. Some of which-like the hammer, warp star, and bob-OMB-can be devastating since they cause massive amounts of damage and can KO in almost one hit. Some can be just plain silly. (What does Mr. Saturn do anyway?)

Strategy can be a big part of Brawl for those willing to put time into it. Knowing when to hit, how to hit, and what your character’s strengths and weaknesses are is key to victory. All characters have their strengths and weaknesses. Like those who have slower running speed and weak jumping skills will have trouble with larger and vertically inclined stages but will excel in smaller basic stages.

Brawl was the first of its series to contain an adventure mode. The Subspace emissary is a lengthy adventure that can be played alone or with a friend cooperatively. The story is loose and dialogue-free, and all levels are displayed as a sidescroller. By the end of the adventure, 32 of the 35 characters will be available for use against the final boss. After you complete the Subspace Emissary, the other three are can be battled in select levels which they then become playable.

Another totally new concept to this is the introduction to the WFC. Brawling has become online friendly. You can battle against 3 other total strangers or go up against your friends after you exchange the hated friend code. Though annoying, the friend code does allow you to do more than just brawling. Usually, Nintendo’s WFC lags constantly, but Brawl is virtually lag-free. In all of the online brawls I’ve played, I’ve only had a handful of major lag problems.

Overall, Brawl was the reason to purchase a Wii for me. It has so many features, that I haven’t even mentioned half of everything on the game. I think you should find out for yourself.

Parenting and Adoption Can Be Complicated